The X Italian Convention of Computational Logic, CILC 2013, was hosted by the University of Catania from September 25th to September 27th 2013. The event was the 28th edition of the annual meeting organized by GULP (Gruppo ricercatori e Utenti Logic Programming). Since the first conference, which took place in Genoa in 1986, the annual conference organized by GULP is the most important occasion for meeting and exchanging ideas and experiences between Italian users, researchers and developers, who work in the field of computational logic.

The program included 24 technical papers accepted for presentation (17 for long presentation and 7 for short presentation). Authors were mainly affiliated to Italian universities, but some of them belonged to universities of other countries (Mexico, France, Argentina, Finland, Iceland, Spain, and United States). Paper selection was made by peer reviewing: each submitted paper was assigned to at least three members of the Program Committee, who in many cases availed themselves of the help of external referees. 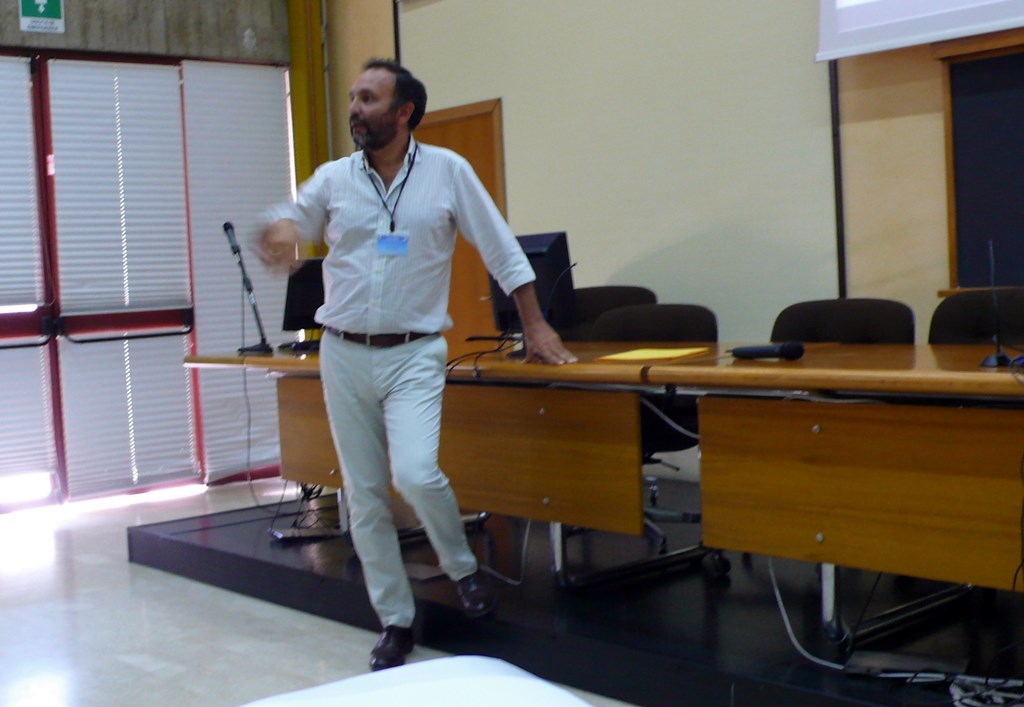 The program included also three invited talks and a tutorial. The invited talks were given by Maria Paola Bonacina, who reviewed recent trends and current developments on model-based reasoning, by Eugenio G. Omodeo, who illustrated the state-of-the-art of proof-verification technology based on set theory and surveyed the proof checker AEtnanova/Referee, and by Alberto Policriti, who presented the result on the decidability of the satisfiability problem class of purely universal formulae in set theory. The tutorial was given by Joanna Golinska-Pilarek, who presented specific methodological principles of constructing relational dual tableaux, also illustrating their applications to non-classical logics.

The conference proceedings will be published on CEUR-WS.org and a selection of the accepted papers will appear in a special issue of a scientific journal. The complete program with links to full papers and presentation slides is available at
http://www.dmi.unict.it/~cilc2013/en/programma.html.

We wish to thanks all who contributed to the success of this edition including authors, speakers, reviewers, participants, organizers, and sponsors.
Domenico Cantone,
Marianna Nicolosi Asmundo

This report has been published on the ALP Newsletter.